By Paul Berrill in London

When Daniel Gent was made United European Car Carriers (UECC)’s first energy and sustainability manager last year, it was an inspired choice.

Along with energy and enthusiasm, Gent brings his own passions for going green to the role from parallels in his background.

The 35-year-old Englishman grew up in rural East Yorkshire in the northeast of the country on a smallholding with “eco-warrior” parents and an older brother.

He is now responsible for “greening the supply chain” for the Norwegian vehicle shipping company as part of a core aim to cut emissions. Car makers are also trying to decarbonise their supply routes as sustainability becomes an important issue for them too.

UECC recently switched its 2,080-ceu Autosky (built 2000) to biofuels in a trial backed by car manufacturer BMW that resulted in a 60% reduction in carbon intensity over a 12-month period. The vessel will continue using biofuel.

The company is also bringing in LNG dual-fuel engines and battery hybrid power to its ships.

“Yes, we are in the business of making money from the transportation of vehicles, but there also has to be a belief that you are actually making a difference,” Gent told TradeWinds.

UECC recognises the world is in a climate emergency, he added. “As a shipping company burning fossil fuels, we are a major actor within that and so we need to find ways to minimise our impact.”

Gent is also putting principles instilled in him from an early age into practice in his professional and home lives.

“My parents were both very principled people and they passed that on to me,” he said. “They -settled in the countryside when I was young, and they did something I have ended up replicating.

“My dad worked in aerospace at the time, but he would go to farmers’ auctions at weekends and buy animals to save them. We had dozens of animals roaming around the place, but you would never eat them.” 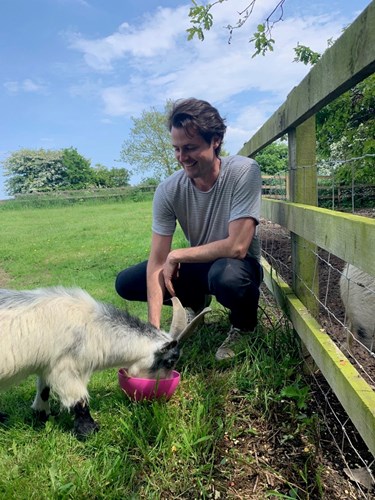 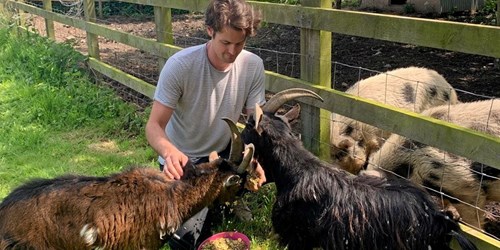 “I didn’t know then those ships were probably just going to Rotterdam or Bremerhaven,” he said. “In my mind, they were going to Tahiti. That intrigue drove things a lot for me.”

Gent took his first job as a deck cadet with Maersk in 2003 and two years later got a job ashore as a bunker trader with World Fuel Services. He then joined UECC in 2008 as a bunker purchaser.

A reorganisation about seven years ago allowed Gent to change his work structure. He is now based in the Oslo office for one week a month, and the rest of the time he can work from home.

That led to him moving back to his roots in the Yorkshire countryside, buying a smallholding of about six acres with his wife and setting about filling it with rescued animals just as his parents did 30 years before.

“Our two-year-old, Barnaby, helps to feed the animals, including ‘Vincent Van Goat’ and ‘John Paul Goatier’, and collects eggs from the chickens,” he said.

Gent has ensured the smallholding is as self-supporting as possible and powered by renewable energy. 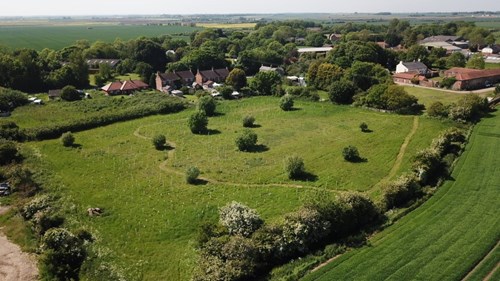 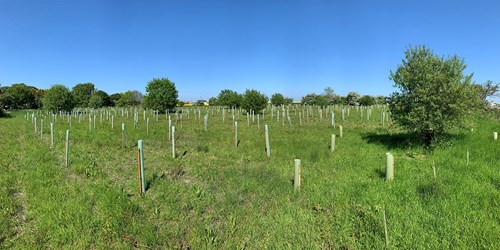 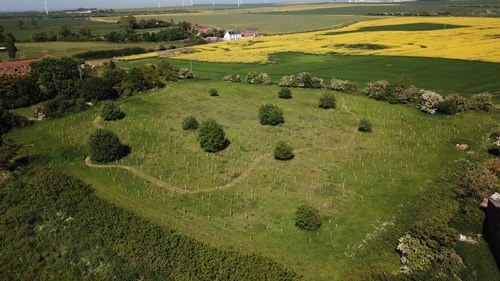 He is also working to bolster the environment in the area by planting a thousand trees on his land, which will stand out in a region dominated by intensive farming methods and open arable acreage.

“You rarely get the opportunity to do this,” he said. “It seems like a concept at the moment, as it just looks like some sticks in a field, but you have to take the longer-term view, and see it as something that will be amazing in years to come.”

Gent’s home looks out to the North Sea, and he can sometimes see a UECC ship sailing up the Humber estuary.

In 60 years’ time, Barnaby could be standing next to a mature woodland, watching a new gen­eration of UECC ship making its way to Grimsby with sustainably produced — and delivered — vehicles on board.(Copyright)

The longer-term view for the environment is something Daniel Gent holds close in his professional life with United European Car Carriers (UECC).

“I think UECC has been a very good long-game player,” he said, citing his time as a bunker trader in 2005-2007 when the North Sea, Baltic and English Channel emission control areas were coming in, capping ship-sourced sulphur emissions at 1.5%.

“I looked at Wallenius, which is one of UECC’s parent companies, and they already had a self-imposed 1.5% sulphur cap globally,” Gent said.

“They were actively taking a longer-term view and sourcing the lowest-sulphur fuels they could, outside of any legislation.”

He said UECC joint owner NYK Line also thinks years ahead on strategy, backing investments in new technologies as a way to differentiate the company.

“Putting in the hard yards now will set you up well for the future,” he added. “I think the ownership structure gives a good balance for UECC.”

The court decision in The Hague in May ordering Shell to cut carbon emissions from its global activities by 45% by 2030 relative to 2019, and stating that the company has legal responsibilities in relation to the emissions produced by burning those products, will also sharpen thinking.

The next stage for UECC is to work towards introducing alternative fuels, including bio-LNG, using different feedstocks, and driving carbon down without making the process prohibitively expensive.

“We are continually looking to improve,” Gent said.

And there is a shift towards localised innovation.

In the Netherlands, UECC has access to a biofuel made more affordable by the government. In Norway, it has been trialling a low-emission fuel it can look to roll out.

“My role has exciting projects — to look at the feasibility of these new fuels, can they work, how will they work and fit the overall strategy.”