The regulatory playing field is shifting for shipowners trading in Europe with plans afoot to accelerate implementation of the EU’s Emissions Trading System (ETS) for the maritime sector, among a plethora of imminent new rules set to hike costs for pollutive operators, an industry webinar hosted by UECC was told.

Ship operators could become liable for 100% of their CO2 emissions in EU waters from 1 January 2024 under a newly tabled amendment from the European Parliament’s environmental committee ENVI to implement the ETS immediately for shipping from this date, rather than having a gradual three-year phase-in starting with 20% of emissions from the beginning of 2023.

The amended measure, along with a proposal to widen the scope of the ETS for smaller coastal vessels of more than 400 gross tonnes instead of 5000gt currently, is set to be voted upon at an EU plenary session on 8 June, said webinar speaker Mette Quinn, head of the ETS policy coordination unit within the European Commission’s Directorate General for Climate Action.

The ETS is being extended to the maritime sector, which accounts for 3-4% of emissions in the EU, as part of the so-called Fit for 55 package of policy proposals aimed at cutting the bloc’s overall emissions by 55% within 2030 from a 1990 baseline.

“Maritime transport plays a critical role in the EU economy but only relies on fossil fuel and waterborne prices do not reflect the impact of the sector on climate and the environment,” Quinn said, adding the sector’s share of total emissions could rise to 34% by 2050 if no action is taken.

The ETS would cover two-thirds of emissions from EU shipping, including all emissions from voyages within the EU and 50% of those from voyages starting or ending outside of the bloc, and affect some 1600 companies already subject to the EU’s mandatory MRV (Monitoring, Reporting and Verification) emissions requirement.

Under the system, shipping companies will have to purchase and surrender ETS allowances for each tonne of reported emissions based on a carbon price that is currently around €80 per tonne of CO2. Increased demand for allowances due to high emissions will raise the carbon price, thus triggering even higher costs for polluters that will act as an incentive for green investments.

UECC’s Energy & Sustainability Manager Daniel Gent told the webinar the ETS could add as much as 50% to the cost of consuming fossil fuels, based on recent carbon pricing.

The flip side, though, is that revenue from the sale of allowances will be ploughed into the EU’s burgeoning Innovation Fund to accelerate investments by member states in low-carbon technologies that is set to reach €52 billion by 2030 at the current carbon price with an expansion in the volume of allowances over the coming years, according to Quinn.

This funding mechanism is complemented by so-called contracts for difference, a policy tool to create markets with viable guaranteed prices for new products such as green hydrogen to support innovation.

Gent warned a further cost increase in the use of fossils fuels is on the way with the introduction of the Energy Tax Directive from 1 January 2023 that will impose a tax on bunker suppliers in the European Economic Area - estimated by Gent at around €38 per tonne of MGO or heavy fuel oil and €25 per tonne of LNG - to end the current tax exemption on supply of marine fuels.

“The regulatory roadmap is long and winding, and regulations are changing seemingly on a weekly basis. A lot of regulations are on the horizon and we are keeping abreast of these to ensure our customers remain updated,” he said.

Another hole in the road is the upcoming FuelEU Maritime regulation that will require vessels to cut the carbon intensity of fuels consumed on a well-to-wake emission basis, starting at 2% in 2025 with five-yearly reductions rising to 75% by 2050.

This is in addition to the IMO’s Carbon Intensity Indicator, due for implementation on 1 January 2023, that requires all vessels over 5000gt trading worldwide to measure annual emissions performance in terms of CO2 per tonne/nautical mile to give them a CII rating of A to E.

Vessels that receive a D rating three years in a row will need immediate improvements to cut emissions or face sanctions, while those with an E rating simply will have to stop operating.

Both FuelEU Maritime and the CII are operational measures that will require shipowners either to invest in low-carbon fuels to keep operating at the same level or reduce fossil fuel consumption through steps such as slow steaming or engine power limitation, Gent explained.

Gent pointed out that UECC’s trio of newbuild multi-fuel LNG battery hybrid PCTCs already meet the EEDI criteria and will also exceed the IMO’s 40% carbon intensity reduction target by 2030. The first newbuild, Auto Advance, has been delivered from China’s Jiangnan Shipyard with the remaining pair due for delivery this year.

UECC’s seven-vessel owned fleet is already ahead of FuelEU Maritime’s initial 2% carbon intensity reduction target and will be close to the 2030 goal of 6% when the remaining newbuilds are brought into operation. Its pair of 2016-built dual-fuel LNG vessels, Auto Eco and Auto Energy are also performing well against this benchmark with a 25% reduction in CO2 emissions in Baltic trade.

Gent said “our exposure to the ETS has been reduced significantly” from UECC’s investments both in multi-fuel newbuilds and alternative low-carbon fuels such as biodiesel and biogas used on the latter two vessels. Another vessel, Auto Sky, has notched up 6000 running hours on biodiesel since 2020 and fuel optimisation software has also been installed on three other vessels.

UECC expects to meet 20% of its annual fuel demand with alternative fuels this year and as much as 80% by 2030, based on a strict biofuels sourcing policy, with plans to add more fuels such as bio-methane to the mix as it constantly assesses other evolving propellants.

“The industry is now at a critical stage as market-based regulatory measures are coming. Our message is: let us get ahead of them by collaborating on projects to see which pathways work,” Gent said. 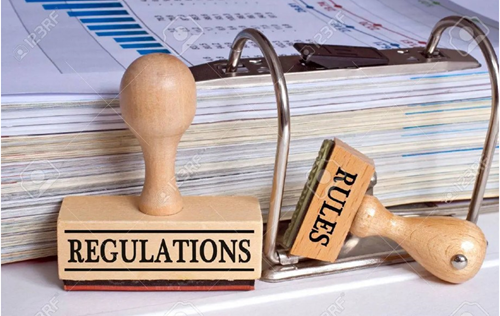 Shipowners operating in European waters, as well as worldwide, are facing a plethora of new regulations due to be implemented over the next few years Photo: 123RF